Jose Escamilla discovered the RODS phenomenon on March 19, 1994 This timeline is only a brief record of the events that have occurred in Mr. Escamilla's life that have led up to the incredible discovery of the RODS. Most of his childhood was spent growing up in the small community of Midway which is located nine miles southeast of Roswell, New Mexico.

Mr. Escamilla reveals for the first time that he had UFO encounters years before his RODS discovery. This is a compelling story that is still unraveling.

On March 5, 1994 Jose Escamilla videotaped 16 minutes of UFO sightings over Midway, New Mexico. On that Saturday afternoon there were no clouds in the skies and until the batteries ran out on the video camera he captured UFOs that hovered and flew at high speeds in the sky.

On March 19, 1994, fourteen days after the March 5th sightings, he captured the very first ROD objects on video. It was on this day that the objects made themselves known to Jose and now ten years of research have led this investigation into what may be the single most significant discovery of life forms that are among us that we have never seen before. RODS have now been documented by RODS researchers worldwide, including sightings in the UK, Japan, Korea, Canada, and Mexico and now footage has emerged from NASA's cameras in space.

RODS Sightings - From THE RODS JOURNAL

These are the most important sightings reported and submitted to us by viewers and researchers from different parts of the world that prove RODS are a "real" phenomenon. Our biggest critics are the skeptics and debunkers that have devised explanations from "blurred insects close to the lens" to ridiculous claims of mass hysteria. Some of the many listings in this report include:

MILITARY FOOTAGE of a ROD flying by as slow as a bird that can be seen in real time. Because most RODS clips require frame by frame and slow motion play-back in order to be able to see them, this footage is perhaps the most significant in RODS research, as this dispels the "blurred insect close to the lens” theories being used by debunkers. The ROD is actually seen with the naked eye!

UNDERWATER FOOTAGE of Rods entering the ocean in this Notional Geographic footage discovered by Jame Peters in 1998.

A ROD captured on video coming “out of the ocean” - Videotaped at Long Island Sound by RODS researchers in 1997. This huge ROD comes out of t he ocean and you can see the water break as it flies out straight up into the sky.

CLICK HERE to download THE RODS JOURNAL, complete with stills from the videos, photos and eye witness reports submitted to us from all over the world. (PDF File downloads) AVAILABLE SOON! 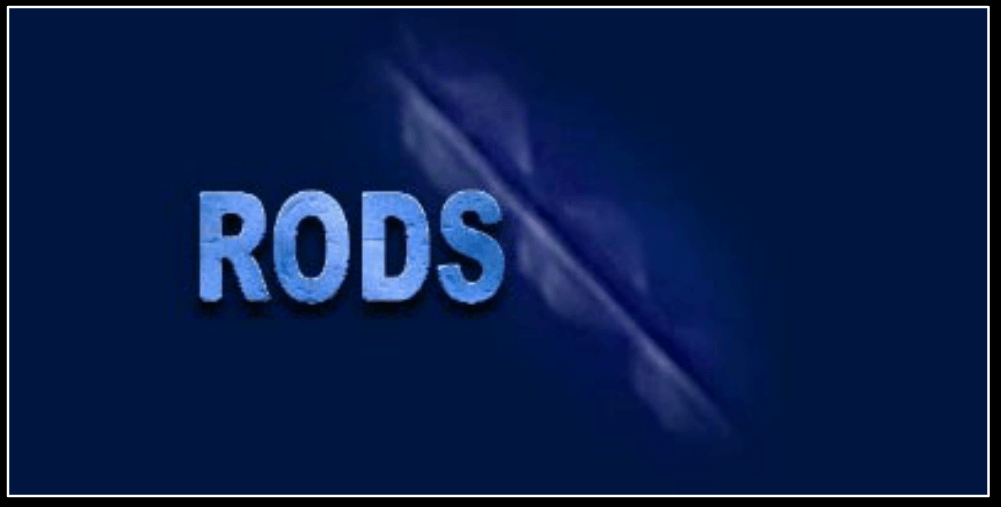 CLICK HERE to view the slide show of RODS stills submitted to Roswellrods.com from researches and viewers from all over the world.

Our Sole Purpose Is To Review and Publish RODS Info

This website is dedicated to collect, scrutinize, review and publish information about RODS. After the fact that we found out that the original site was no longer neither existing nor functioning we decided to step forward and take up the torch. After the yearly review and detailed analysis of the situation we started publishing information here anew. We could not have don’t it without continues effort of our editors, readers and reviewers.

We strive to collect and publish information from A to Z about RODS and related topics. As the owner and operator of this website, Frank L. Harewood, has the sole responsibility to keep the site online. For the massive effort of reviewing old archive we would like to send thanks to our head of the review department; Tom Ferguson. His efforts to review the archives have been instrumental to our success.

We also appreciate the pictures and video footage sent to us by Steve Brown. We cannot stop without also mentioning Jose Escamilla – the original discover and explorer of the RODS phenomena.

On a closing note, if you would like to contribute, send your thoughts, sightings, pictures, and/or video footage to roswellrods.com, we will review you material and if deemed high quality publish it with prober attribution.